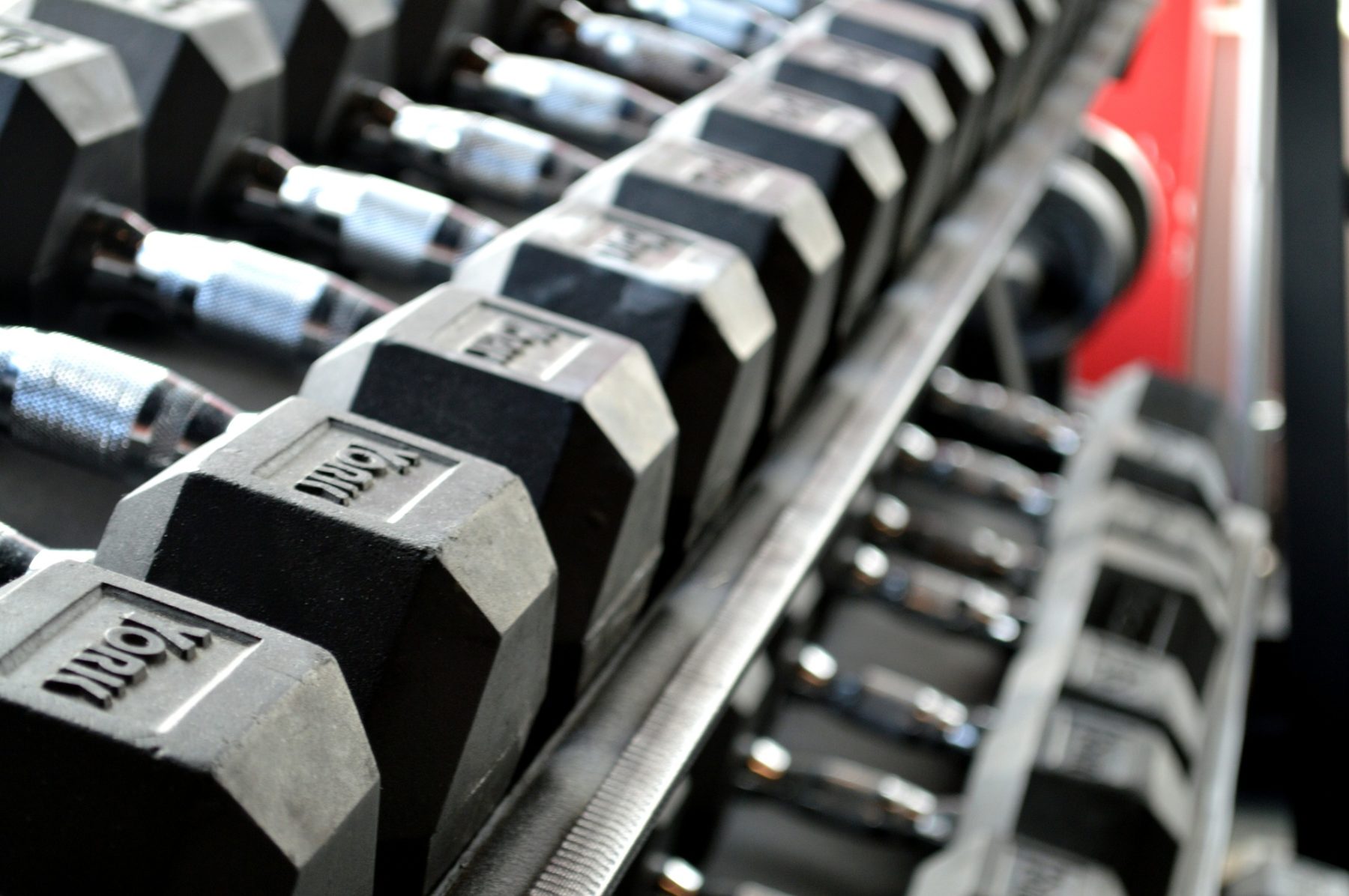 Now that the simple definition is out of the way, let us get into the nitty gritty of what makes them different. 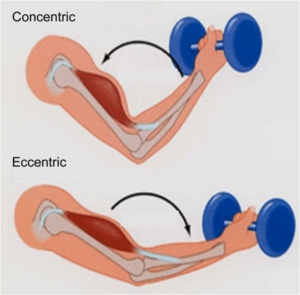 Lets talk in terms of a bicep curl. Once you have the dumbbell all the way up to the shoulder, its time for the eccentric portion of the movement. The eccentric phase is actually the part that makes you the most sore. What is happening is holding the contraction of the muscle while also controlling the dumbbell back down, so you’re stretching the bicep while simultaneously flexing it.

Think of a rubber band, its job it to continuously “contract” and stay together, but if you stretch it out repeatedly then it wears out over time. Well your muscle is the band, your “wearing out” is the eccentric movement which leads to soreness, and the “over time” is your workout.

If getting sore means getting bigger, stronger muscles, then what is the purpose of having a focus on muscle contraction, or the concentric portion of a movement? This is where you get fast, explosive, and increase power. Lets use a box jump for our example. There really isn’t much of an eccentric phase to a box jump right? Its all concentric, a fast and aggressive contraction of the muscles that get you to jump up onto the box. Another example is a deadlift, just a single deadlift, stand up the weight and then drop it, boom, concentric movement because you aren’t lowering the bar back to the floor.

Here is something you can think about for your next workout. Lets use deadlifts as the example and say that the workout has 50 of them at one time. 50 deadlifts is a fair amount, especially all at once right? There is always the debate of “do I touch and go, or do fast singles?” For some, touch and go could be the answer, but for many it could be the hair that breaks the camels back which would slow them way down because it would fatigue them too much. The fatigue would be due to the eccentric portion of doing touch and go more than the concentric portion of just picking up and dropping each rep from the top; quick singles.

Can you hold onto touch and go? Or should you work those quick singles?