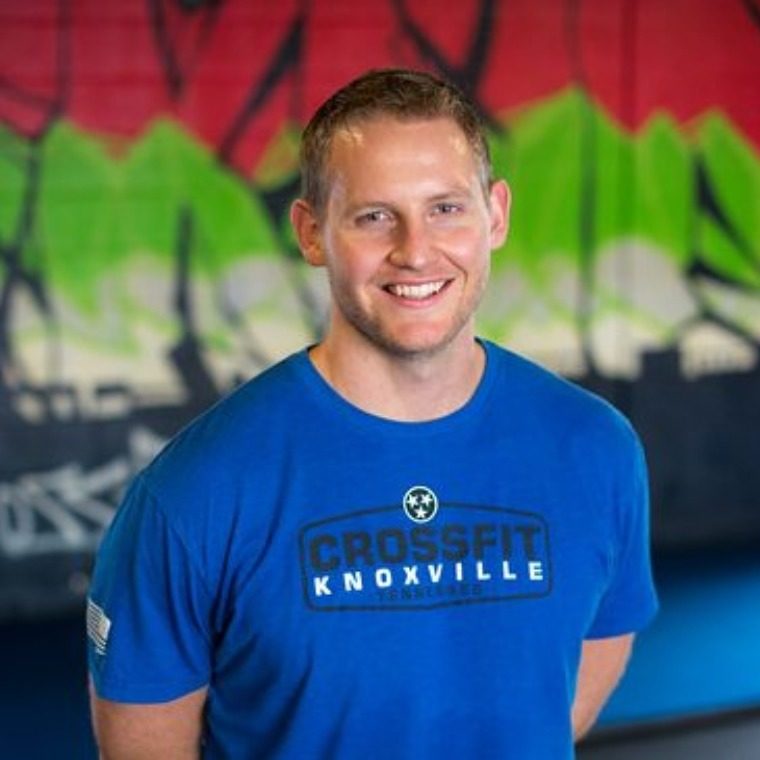 Rick Mullholland has been an athlete most of his life but the one thing that trumps his love of sport, is the love for his family.

Rick’s an East Tennessee native, growing up and competing in several sports in Oak Ridge and then at the University of Tennessee. But long before those days as a football and basketball Vol, Rick remembers spending hours outside as a kid, climbing, playing, and just “exploring” with friends and family.

After many years competing in sports, Rick had his first workout at Crossfit Knoxville in 2012 and was hooked. He’s been a part of the CFK family since.

“CFK always gives athletes something to work on or improve upon. It keeps you humble and motivated.”

But to Rick, true health is more than just being the fastest or the strongest. His family suffered the loss of his father, and that taught him to appreciate each day as a gift and opportunity. It shapes the way he lives his life and how he coaches others to do the same.

“Get the most out of the body you’re given and don’t take any opportunity for granted.”

Aside from the workouts, Rick says the CFK community is what makes his job so special. In fact, he and his wife Lindsay met at CrossFit Knoxville and are the proud parents of two future CFK’ers, Ellie and Zoe.

When Rick isn’t coaching, you can find him with his family and their two dogs, or out on the Knoxville mountain bike trails.