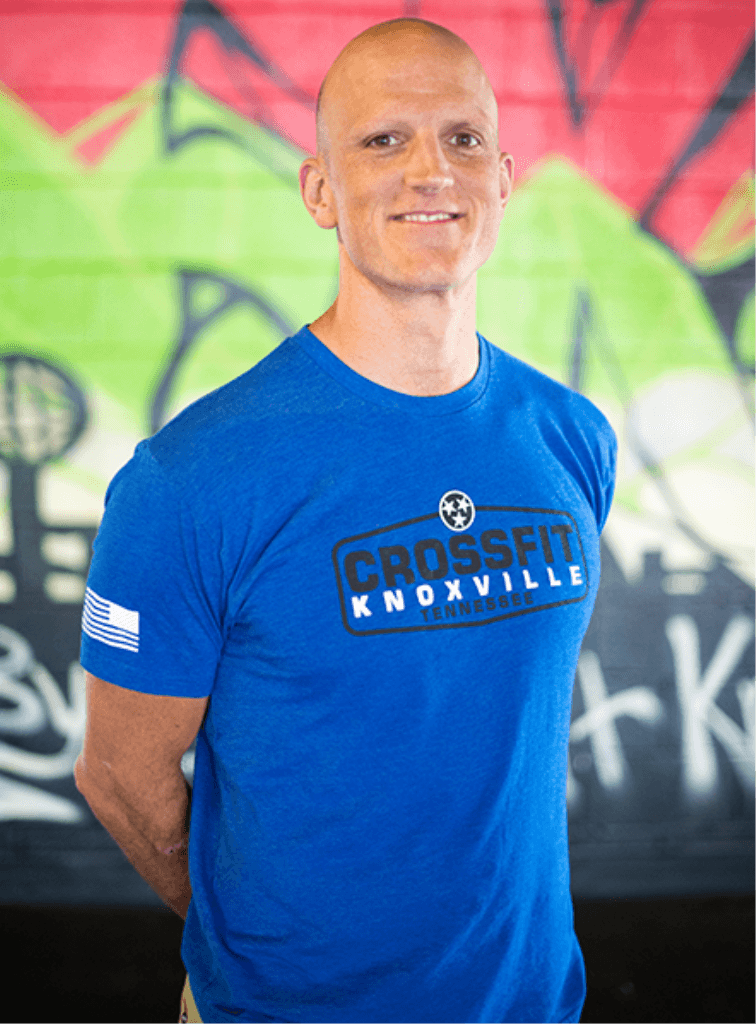 “Watching someone become empowered is what does it for me. This is what keeps me coming back day after day.  New Athletes should focus on the basic movements, especially the air squat and worry less about the flashy stuff. Snatches and muscle-ups are cool, but first gain basic strength and mobility before moving on to the ‘Cool stuff.’  True health comes from taking your performance as far as you can without sacrificing your current or future quality of life.  It’s basic human necessity to push your body outside its comfort zone on a regular basis but age, life stress, and other factors have to be considered and that’s what sets CrossFit Knoxville apart.”

Johnny is an upper East Tennessee native, from the mountains of Elizabethton, but he’s lived in Knoxville for well over a decade.  In 2007, Johnny found a Crossfit video, while looking for resources on Olympic lifting.  He started doing workouts with a group in his garage in 2007 and in 2008, opened Knoxville’s first CrossFit gym.

He’s seen hundreds of athletes walk through the door, from beginner to elite and for Johnny, the goal is longevity and helping give people the gift of becoming the best version of themselves and Crossfit Knoxville is the perfect environment to make it happen.

When he’s not coaching or at the gym, you’ll find Johnny putting his strength and conditioning to work on the mountain bike. He’s an avid rider and loves to race. You can also find him with his dog, playing guitar, singing and spending time with his wife, Jorja, who’s also a big part of the Crossfit Knoxville family.