If you don’t already have plans on February 3, DO NOT MISS OUT!  This opportunity to learn from one of the most passionate and inspiring coaches around doesn’t happen often. Simply by attending and listening to coach Eppolito, you’ll learn something about the sport of boxing that will help you in your training, help you with your mentality and focus, or help you in life outside the gym. Plus, you’ll learn to throw a quick jab, a powerful cross, and a fight-ending uppercut! 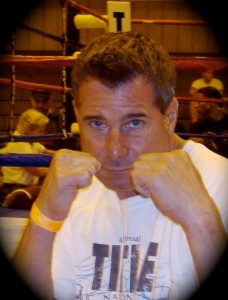 Coach Eppolito owns and operates Eppolito Boxing Gym in North Knoxville where he trains athletes of all ages and skill levels. After boxing competitively as a youth, Coach Eppolito continued competing during his time in the Marine Corps, eventually becoming a World Champion Master boxer at 152lbs.

After retiring from competition in his early 50’s, coach Eppolito turned his attention to developing young fighters and teaching “kids” of all ages the art of Olympic style boxing (Coach refers to anyone he teaches under the age of 40 one of his “kids”). At Eppolito Boxing gym, “kids” ranging from “everyday joes” wanting to stay in shape to national champions train in the sport of Olympic style boxing.

During this 60-minute workshop, athletes will learn basic throwing, footwork and timing mechanics in order to improve speed, power, and accuracy of punches. Not to mention, get a great workout!

*Space is limited to 30 participants!